The decision comes in response to Joey Logano’s crash at Talladega earlier this season. Logano’s car went airborne and skidded on its roof during a crash in the race. Most of the drivers were critical of the race, including Logano.

“I am wondering when we are going to stop because this is dangerous doing what we are doing,” Logano said after that race. “I got a roll bar in my head. That is not okay.” 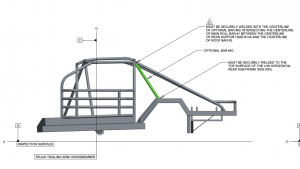 Hailie Deegan to Compete in Two SRX Races This Season

As a result, NASCAR has decided to cut about 7-10 mph from Cup cars at Daytona and Talladega with the reduction of the size of tapered spacers from 57/64-inch to 53/64-inch.

NASCAR also announced it will be removing the wicker from the spoiler as part of the package to slow the cars at the upcoming speedways.

NASCAR’s next superspeedway race will take place on August 28th at Daytona International Speedway, which will be NASCAR’s regular-season finale.