Noah Gragson also will not be eligible for the Dash 4 Cash bonus next week at Dover according to NASCAR.

Here’s a look at the updated NASCAR Xfinity results with the Gragson DQ, which drops him from fourth to 40th. 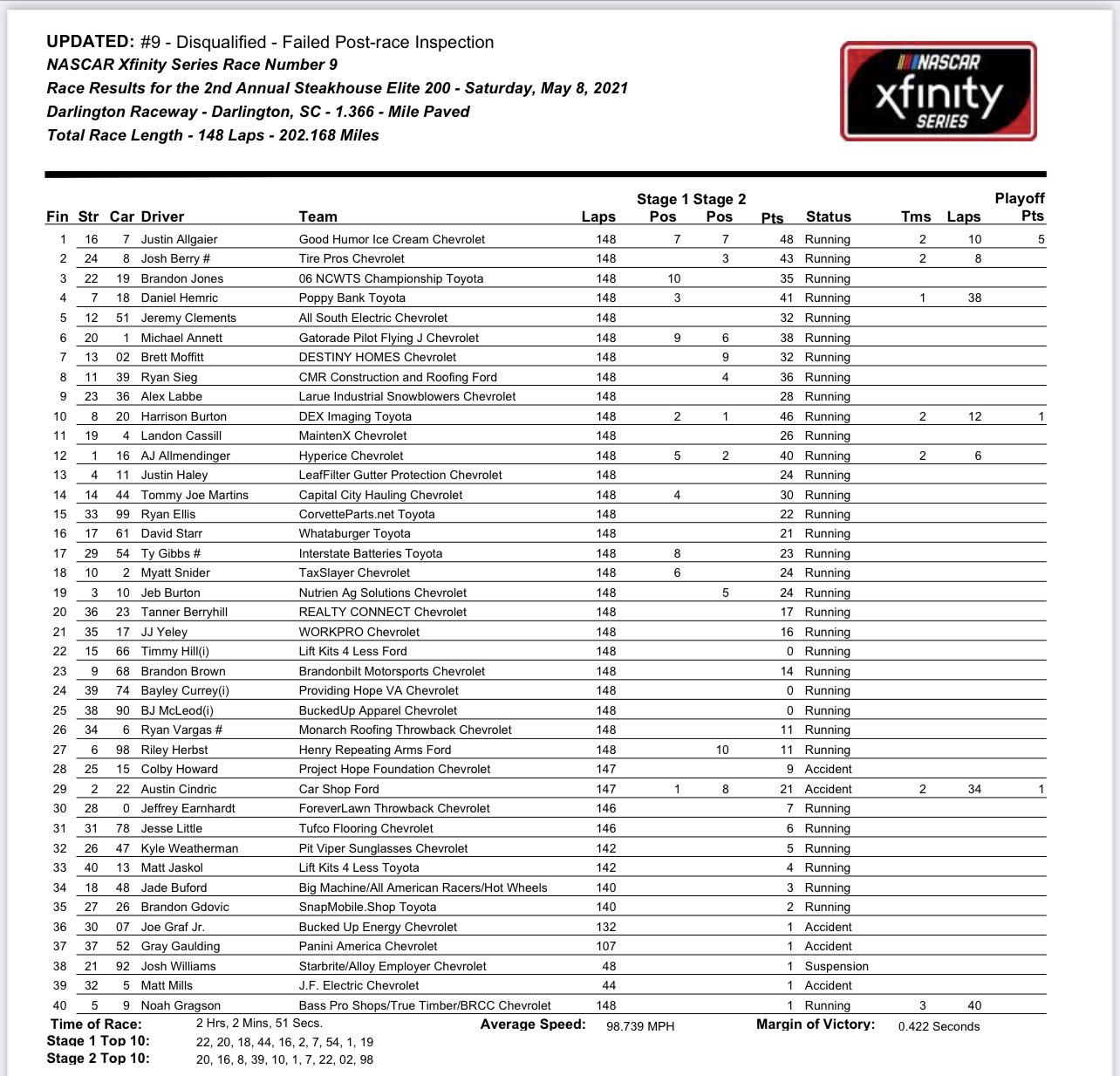