Much of the 2021 NASCAR Cup Series driver lineup is already confirm however, they are still several notable free agents left on the market. Here’s the top three.

The racing offseason between the 2020 and 2021 NASCAR Cup Series seasons picked up right where the 2020 season left off: with more drivers being confirmed in the 2021 lineup.

Just recently, Ryan Preece made an announced that he is set to return for a third season with JTG Daugherty Racing. 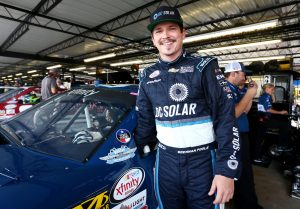 Brennan Poole made his NASCAR Cup Series debut in the 2020 season and competed as a full-time driver for points for Premium Motorsports behind the wheel of the #15 Chevrolet ride.

After the first four races of the campaign, Rick Ware Racing acquired Premium Motorsports, so Poole effectively competed for Rick Ware in his final 31 starts of the season (he missed the playoff race at Bristol Motor Speedway).