NASCAR driver Ray Ciccarelli made public the end of his Truck Series career with a fuming Facebook post on Wednesday just minutes after NASCAR banned Confederate flags from all future racing events.

Ray Ciccarelli, 50-y-o driver, has raced in over 17 Truck Series races over the past four seasons, however none so far in 2020. He has only in the top 10 finish to his name — a No. 9 placing at the Michigan International Speedway in 2019.

“Well its been a fun ride and dream come true but if this is the direction Nascar is headed we will not participate after the 2020 season is over,” Ciccarelli announced in a Facebook post (all misspellings are his own).

“I don’t believe in kneeling during Anthem nor taken ppl right to fly whatever flag they love.

“I could care less about the Confederate Flag but there are ppl that do and it doesn’t make them a racist all you are doing is —-k one group to cater to another.”

Ciccarelli went on to denounce what he state was the insertion of “political BS” in the NASCAR hierarchy, a sport that traditionally conservative its foundation.

#NASCAR Truck driver/owner Ray Ciccarelli says he won’t continue in NASCAR after this year. He cited his reasons in this Facebook post: pic.twitter.com/NKrgPZFvyJ 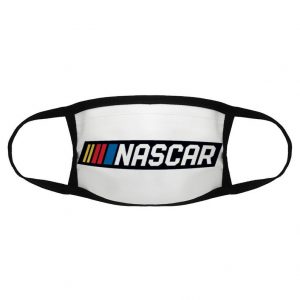 NASCAR President Steve Phelps addressed all drivers before last Sunday’s race at Atlanta Motor Speedway and vowed to do a better job of addressing racial injustice in the wake of George Floyd’s death.