Back in March, NASCAR along with other major sporting organizations decided to sit out as the COVID-19 outbreak took shape. Several NASCAR events have been postponed.

Last week, NASCAR added the Martinsville Speedway to the list of tracks in which the series was scheduled to restart the campaign on May 9th but due to the state-wide stay at home order, that was also put off.

However, other major states are essentially crying out for the first NASCAR race. Florida and Texas have both asked NASCAR to set a date for their return. Reports suggest the NASCAR wants to debut their restart at Charlotte Motor Speedway in late may but the North Carolina government is currently isn’t sure of that outcome. 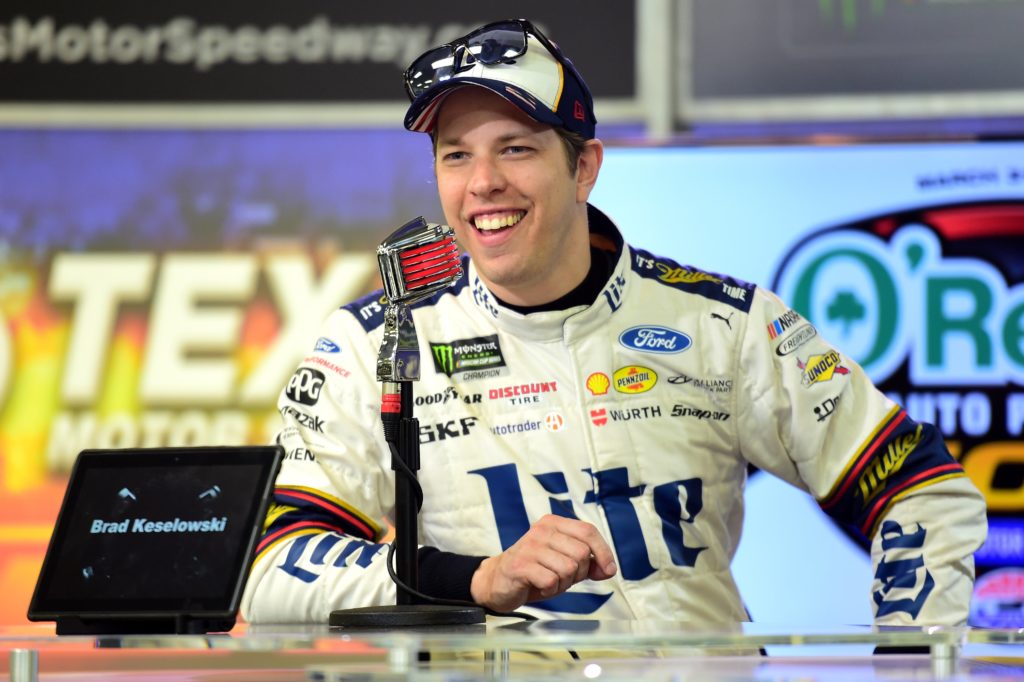 The NASCAR community has stepped up to help the shortage of personal protective gear. The sanction itself began producing equipment via their R&D Center last month.

Years ago, NASCAR driver Brad Keselowski closed down his NASCAR Truck Series team. He then took the shop and it’s employees and started a manufacturing company, KAM.

NASCAR hinted that they would be resuming the show in May. It’s just a matter of where they’ll be allowed to go?

The races will definitely be held without supporters. 200-mph action will be shown via TV only viewership. And after a long break without sports, it’s expected to break some records as NASCAR will be the first major sport back in action.

“I’m terribly conflicted. I think it’s important that we do things to get back going as fast as we can, but then on the same token, I really don’t want to see anyone get sick that shouldn’t get sick when it’s preventable, so I’m really torn,” Keselowski said.

“I really sympathize for those who have to make these decisions because there’s really not a good option. We can’t keep sitting around doing nothing, because we’re draining vital resources and quite frankly, we can’t afford it.”

“But on the flip side, we also have a responsibility to each other to not expose one another to harmful contagions and that’s part of our responsibility as a community. Those two things seem to be at odds. I know that’s not really a clear answer, but I don’t know if there is a clear answer.”

The lockdown in America is likely to be over soon, at least for the sporting world. And NASCAR is eagerly talking with officials about a return.